Data from market behaviour analysis platform Santiment paints a picture of whale domination in the Tether and USD Coin stablecoin markets. It also shows that the number of Tether daily active addresses has crashed to lows last recorded over two years ago.

Tether, the world’s largest stablecoin, currently has a market capital closing in on $78 billion (roughly 3.8% of the entire cryptocurrency market capital). Only Bitcoin and Ethereum have a higher market circulating value among crypto tokens and other digital assets.

Tether addresses with a valuation of $1 million and above control 79.98% of the USDT circulating supply as per recent findings by Santiment analysts. This dominance figure has previously gone as high as 80.13%, and the research firm contends that this increased dominance is good for the coin’s market.

The equivalent whale dominance figure for USD Coin is 86.81%, according to Santiment data. USD Coin, whose market capital is approximately $51.65 billion, is ranked fifth among cryptocurrencies with the largest market cap and is only second to Tether among stablecoins.

Meanwhile, the number of daily active addresses on Tether has been falling over time. Earlier today, Santiment shared a tweet detailing that this number has approached its lowest level since February 2020.

Santiment analysts also observed that Bitcoin addresses holding 1,000+ bitcoins have accrued more than 200,000 bitcoins since the last week of December. This sharp accretion was last witnessed over 125 months ago. 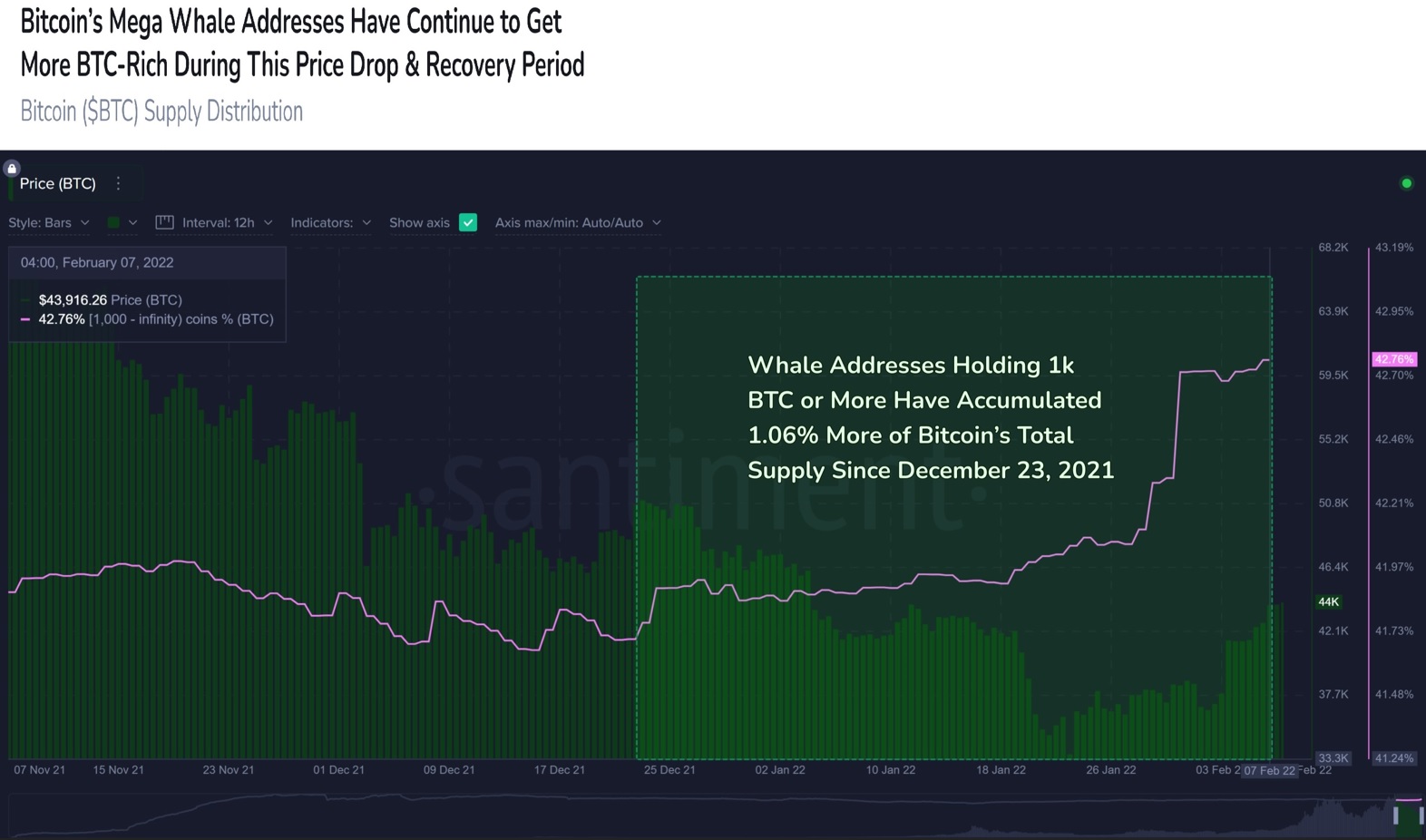 “Mega whales of #Bitcoin have accumulated significantly the past 7 weeks. Addresses with 1,000 $BTC or more have added a combined 220,000 $BTC to their combined wallets since December 23rd, the most rapid accumulation we’ve seen since September 2019,” Santiment wrote.

Bitcoin Inflows On The Rise Despite Declining Prices

Why The Available Bitcoin Supply Will Never Be 21 Million