Best NFTs To Invest In For High Profits January 2022

Non-fungible tokens (NFTs) have proven that they are here to stay. At the same time, several cryptocurrencies have also been linked to NFTs, making them some of the best NFT tokens to invest in this month.

If you’re a crypto investor with an eye for value, we have discussed below some of the best NFT tokens in the crypto market.

Axie Infinity has grown to become one of the most popular blockchain games in the world. Its token, AXS, features on our top pick among the best NFTs to invest in this month.

Axie Infinity is a blockchain game where players breed digital pets – known as Axies. You breed and grow the pets, battling them against other players’ pets. The more battles you win, the easier it is for you to level up in the game.

The appeal with Axie Infinity comes from the Axies themselves. They are NFTs, and can be traded in the platform’s in-game marketplace. AXS, the native token for the Axie Infinity platform, is the token that underpins and powers the entire ecosystem.

With Axie Infinity blowing up spectacularly in 2021, all eyes will be on the platform as it looks to expand. Interestingly, some expansion efforts have already been recorded, such as the Axie Infinity Builders Program, launched last week to help game developers in the Axie community.

As Axie Infinity continues to grow, there is a lot of upside for AXS. Investors will want to keep an eye out for this one. 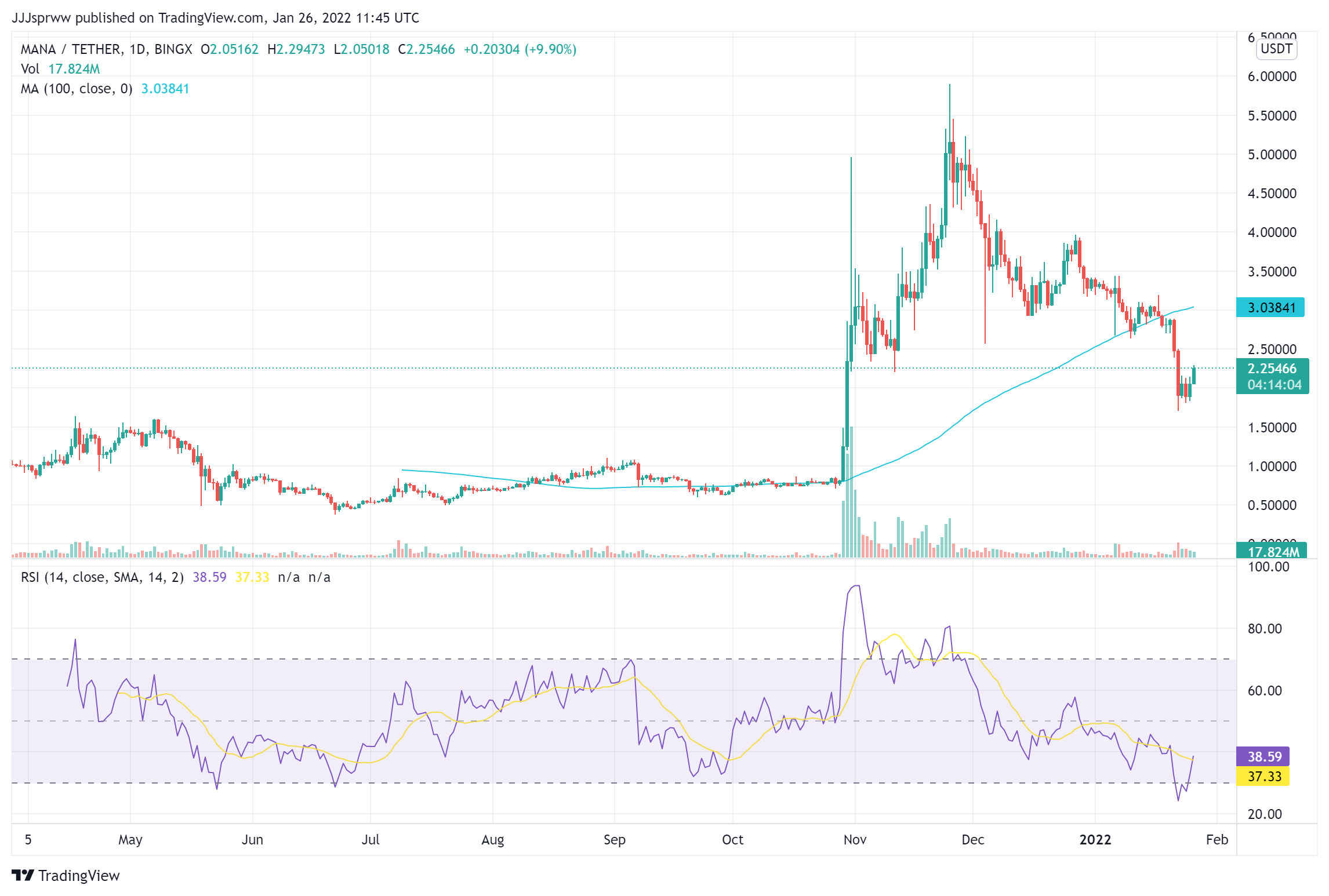 Another blockchain game, Decentraland, joined Axie Infinity to grow exponentially in 2021 – a trend that is expected to continue this year, making the platform’s MANA one of the best NFTs to invest in.

Decentraland is an online game where players buy and develop land in a virtual world. Players can also interact with each other, play games, and generally engage in the virtual world, making Decentraland one of the crypto industry’s best iterations of the metaverse.

Decentraland’s token, MANA, is primarily used to purchase LAND – NFTs that signify ownership of a parcel of land in the universe. It is also the governance token used by users to vote on different platform upgrades.

Like Axie Infinity, Decentraland is currently amid a massive growth trajectory. Just this month, the platform has inked partnership deals with Samsung and the Australian Open, with both brands launching virtual events and locations in its world.

MANA is expected to see bigger jumps as the market flips its bearish position. Investors should watch out for it. 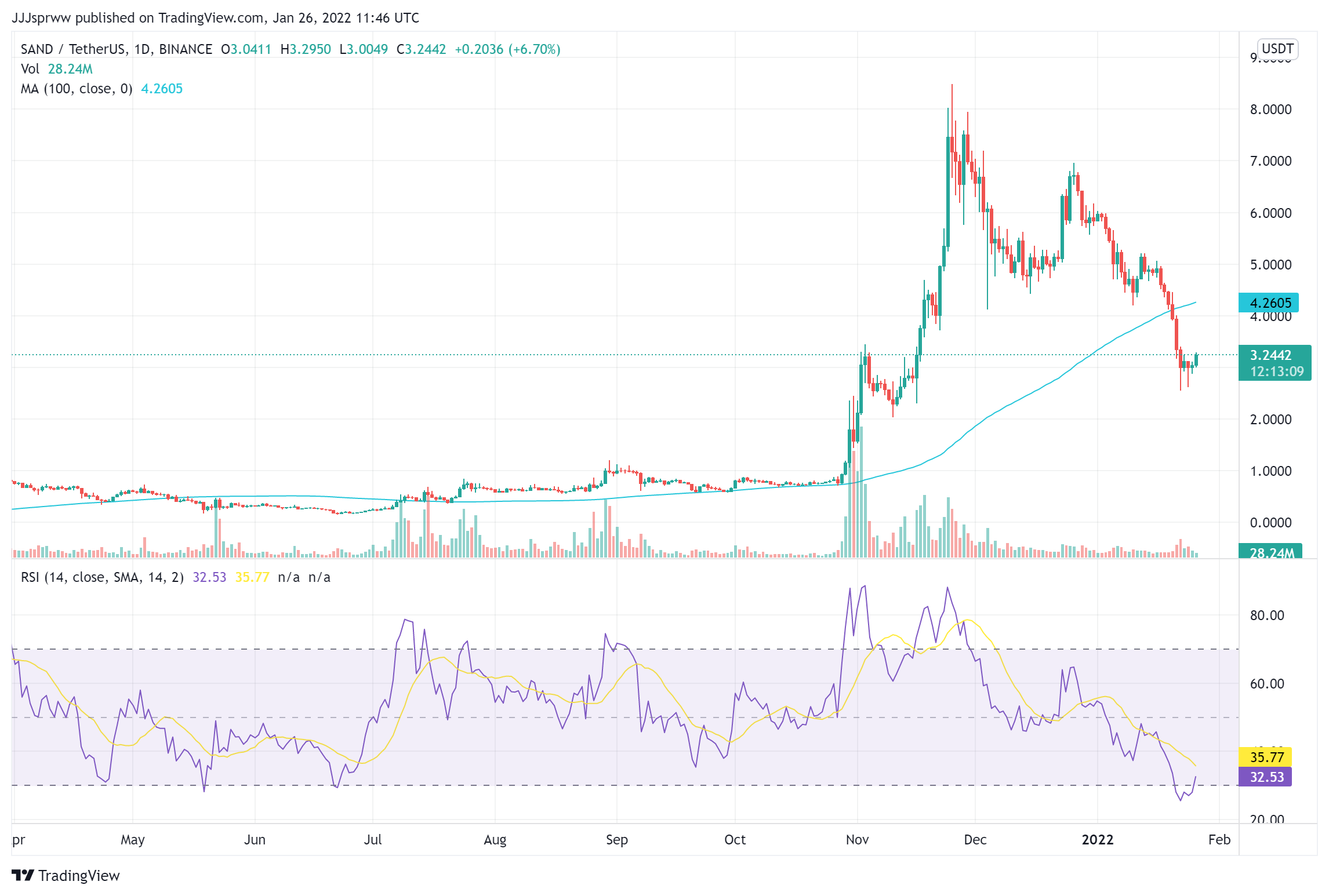 The Sandbox is another platform in the running to become the crypto space’s de facto metaverse poster child. The play-to-earn game combines decentralised finance (DeFi), blockchain technology, and NFTs in a virtual world that allows players to build and customise their games and digital assets.

All virtual goods created in The Sandbox can be sold off as NFTs, with SAND tokens being the primary exchange medium in The Sandbox’s in-house marketplace – just like you do with Axie Infinity.

Heading into 2022, The Sandbox has been doing a great deal of work to expand its influence and reach. The service announced earlier this month that it would create a Mega City focusing on cultural icons.

Expansion plans are always a good sign for a crypto and NFT project. Right now, The Sandbox looks like an attractive option for investors – and rightly deserves mention as one of the best NFTs to invest in. 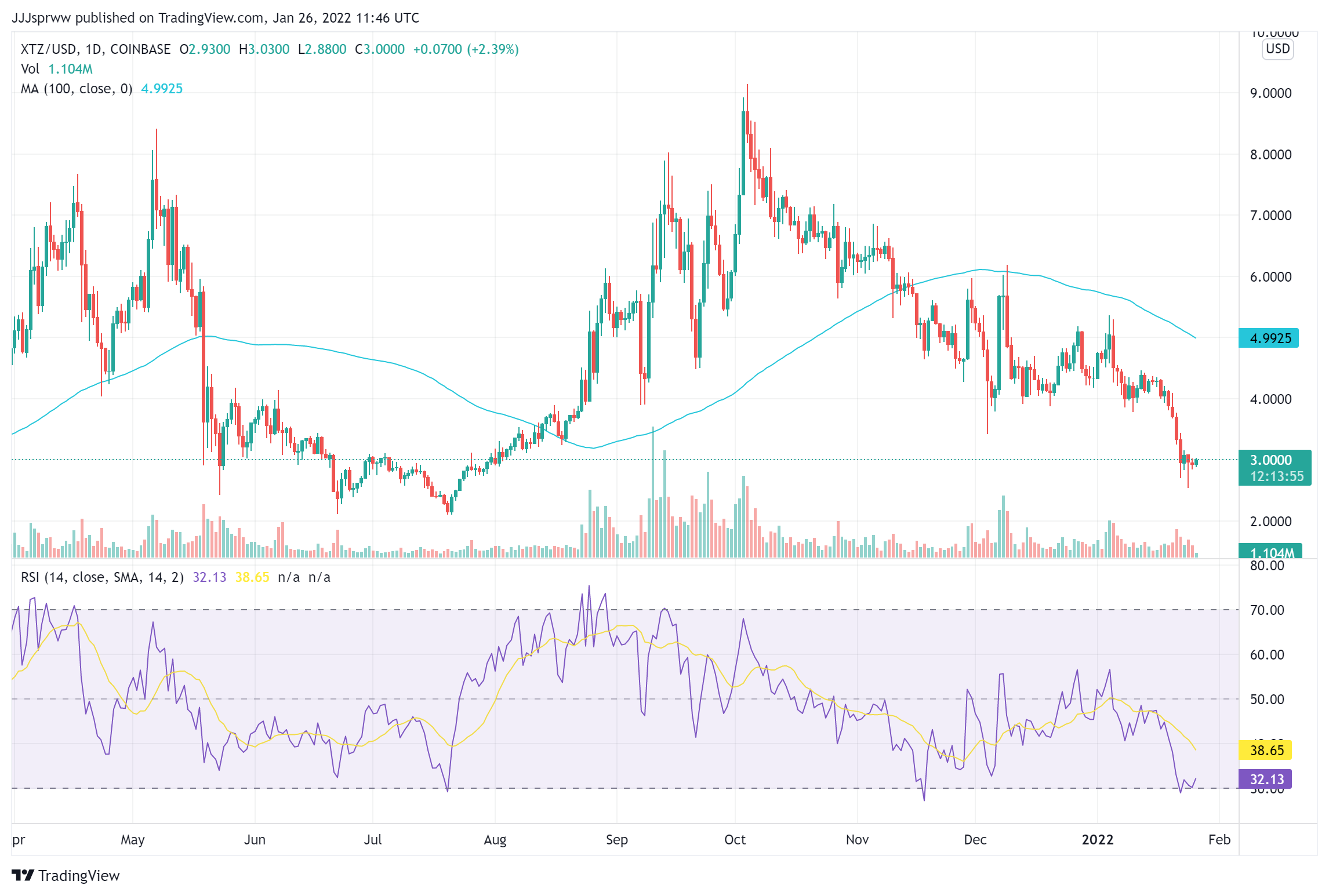 To many crypto enthusiasts, Tezos needs no introduction. The blockchain platform is one of the oldest in the market, and it has carved a niche for itself for being self-amending.

Tezos was one of the first to implement the governance model, which has become almost commonplace among blockchains in today’s space. However, the blockchain has recently been moving more and more into NFTs.

Last month, the Rarible NFT marketplace launched support for NFTs on the Tezos blockchain, bringing yet another piece of functionality to the platform. Then, earlier in January, American fashion giant Gap announced that it had also launched its first collection of NFTs on the blockchain.

With an improved focus on NFTs, these are exciting times for Tezos and its XTZ token. We expect more announcements over the year, so XTZ appears to be among the best NFT tokens to invest in right now.

At the same time, investors in XTZ benefit from backing one of the market’s oldest and most liquid assets. So really, it’s a win-win. 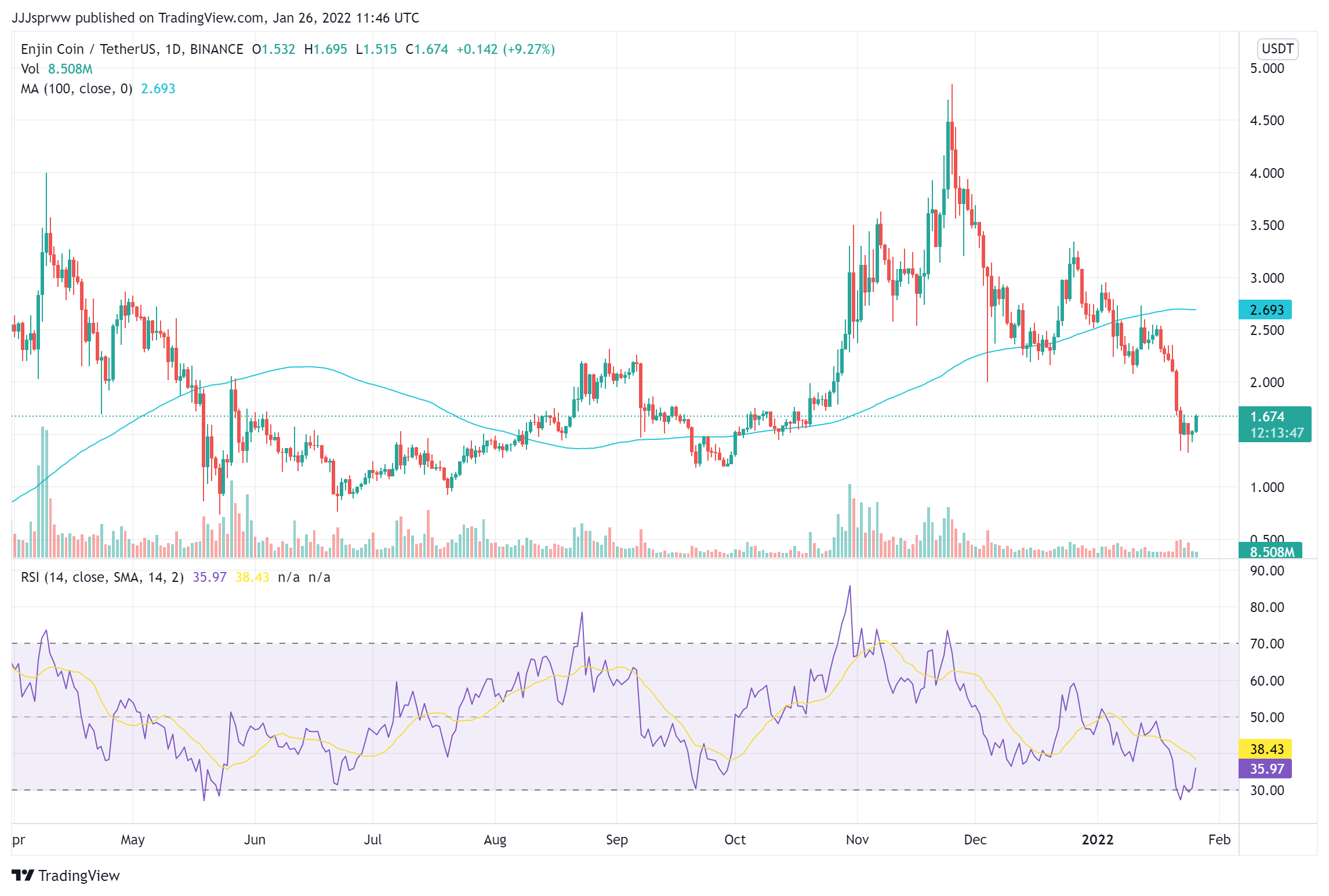 Rounding out our list of the best NFT tokens to invest in is ENJ – the native token for the Enjin software.

Enjin operates on the Ethereum blockchain, allowing its users to create and manage NFTs and other virtual goods. By using blockchain technology to manage in-game items across several platforms, Enjin hopes to help users bypass fraud and high fees that have plagued the movement of collectibles and virtual items.

With NFTs becoming a more hot-ticket item, Enjin has grown pretty well. Investors have also become more interested in its native token, ENJ. Early this month, eToro introduced MetaverseLIfe – a smart portfolio that tracks assets and stocks within the metaverse and NFT space. Along with assets like MANA and SAND, ENJ was included.

At the same time, Grayscale Investments, the market’s largest asset management firm, recently announced that it was considering adding ENJ to its list of investment products.

Bitcoin Resumes Decline, Why Bulls Might Struggle In Near-term

Coinbase Blacklists Over 25,000 Crypto Addresses Tied to Russian Individuals and…